Showers are an integral part of any bathroom. At Rubberduck Bathrooms we offer a range of shower valves, shower enclosures, shower pumps and shower bath screens. we are sure we have something for all tastes and budgets. To many people, showers are one of the most important and most used items in the home. To help you find what you require we have separated our showers into sections to make it easier. So if you are looking for just a shower enclosure, a shower tray, a shower valve only, a shower screen for over your bath, a shower pump or some shower accessories we have what you need. 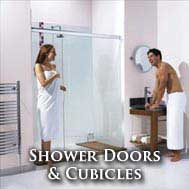 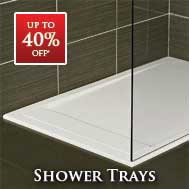 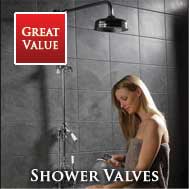 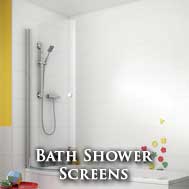 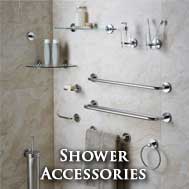 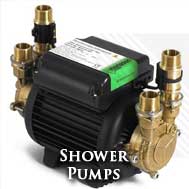 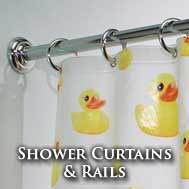 Showers and showering is an integral part of any bathroom. At Rubberduck Bathrooms we offer a range of showers and shower enclosures for all tastes and budgets. Showers are one of the most important and most used items in the home. Showers provide a great way to wake up every morning and to help de-stress at the end of the day, as well as keeping you clean. That's why here at Rubberduck Bathrooms we provide the best range of quality showers, shower enclosures and shower accessories, so you can find the perfect option for your bathroom.

When was the last time you had a bath?

Showering has become more and more popular and has now become the most common way of washing in the UK. It sounds terrible but ask your self, when was the last time you had a bath? Many of us don’t have a bath anymore and now favour a shower.

When it comes to creating your dream shower there are a couple of main factors you need to consider. Do you require a shower over a bath or a separate enclosure? Do you want a shower enclosure? If so do you want a sliding door, corner showers, inward opening pivot door or out ward opening pivot or hinge door, or you not want a door at all and opt for something more open like a walk in shower.  Will you be installing a shower tray or a wetroom or tile shower floor? What size space do you have to install you new shower? What kind of shower valve do you need, single function, twin function? Would you like body jets? Would you like a shower you can control digitally via remote or even your mobile phone? Once you have answer these questions then you are ready to starting buying your dream shower for you ultimate showering experience.

Require a shower over a bath? Then you will need a shower bath screen or a shower curtain and pole. We have you covered.

Somewhere to store you shampoo? We have you covered. Our range of shower accessories including shower caddies and shower baskets perfect for holding everything you need for a shower as well as being designed for shower and can handle a water without rusting.