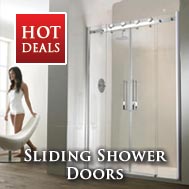 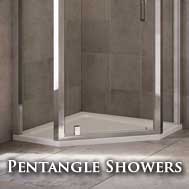 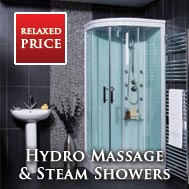 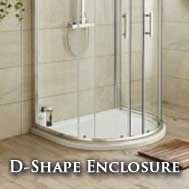 If you're creating a bathroom from scratch or are replacing an existing unit, we have a shower enclosure, shower door or wetroom panel for you. The Shower Enclosures we have available include

Bi-Fold Shower Doors - Bi-fold shower doors are two part doors that folds in on itself (inward opening) to help minimise the space the door takes up and maximise you shower and bathroom space.

Hinged & Pivot Shower Doors - Hinged and pivot doors are offen classed as standard Shower Doors. Hinged shower doors and pivot shower doors can be fitted In-Line between two walls or with a single glass Side Panel or two side panels.