Bathroom Taps, they are an essential part of any bathroom. At Rubberduck Bathrooms we offer a wide range of bathroom taps from many of the leading tap brands including Francis Peglar, Highlife bathrooms, Frontline bathrooms and many more. To help you find the perfect bathroom tap we have arranged our bathroom taps by type. So if you're looking for a bathroom basin tap, bathroom bath tap, a wall-mounted tap or a bidet tap, we have something to meet your needs. We have also created bathroom tap sets with larger savings to help you make the most of your bathroom budget. View our range of Mono Basin Mixer Taps, Twin Taps, Bath Filler Taps, Shower Bath Taps, Wall Mounted Taps, Freestanding taps. Should you wish to search by style, please see our Bathroom Taps By Style section to help you find the perfect bathroom tap. Every bathroom needs a tap! 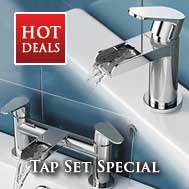 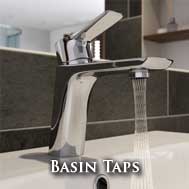 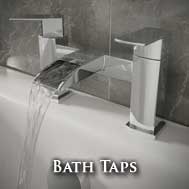 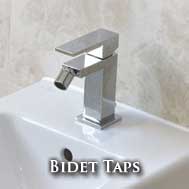 Bathroom taps of all styles are available here. Are you looking for a new basin tap, bath tap, bidet taps or a complete set of taps? Browse our range of Bathroom Taps By Type to find the bathroom tap you require.

Bathroom taps are available in a wide range of shapes and styles, including square, angular styles as well as curvier, softer designs to suit whatever design you have in mind.

Most modern bathroom taps come with ceramic disc technology, allowing you to rotate the tap head just 90 degrees to switch between on and off, as well as offering a much longer life than conventional rubber washer taps. Our traditional bathroom taps are available with both ceramic disc and rubber washer options, the latter of which is ideal if you have very low pressure as they maximise the potential flow rate of your water system.

Change or upgrade the style of your bathroom by checking out our range of modern & traditional taps, bath filler taps, cross head taps, wave taps, contract taps, titan taps and so much more.